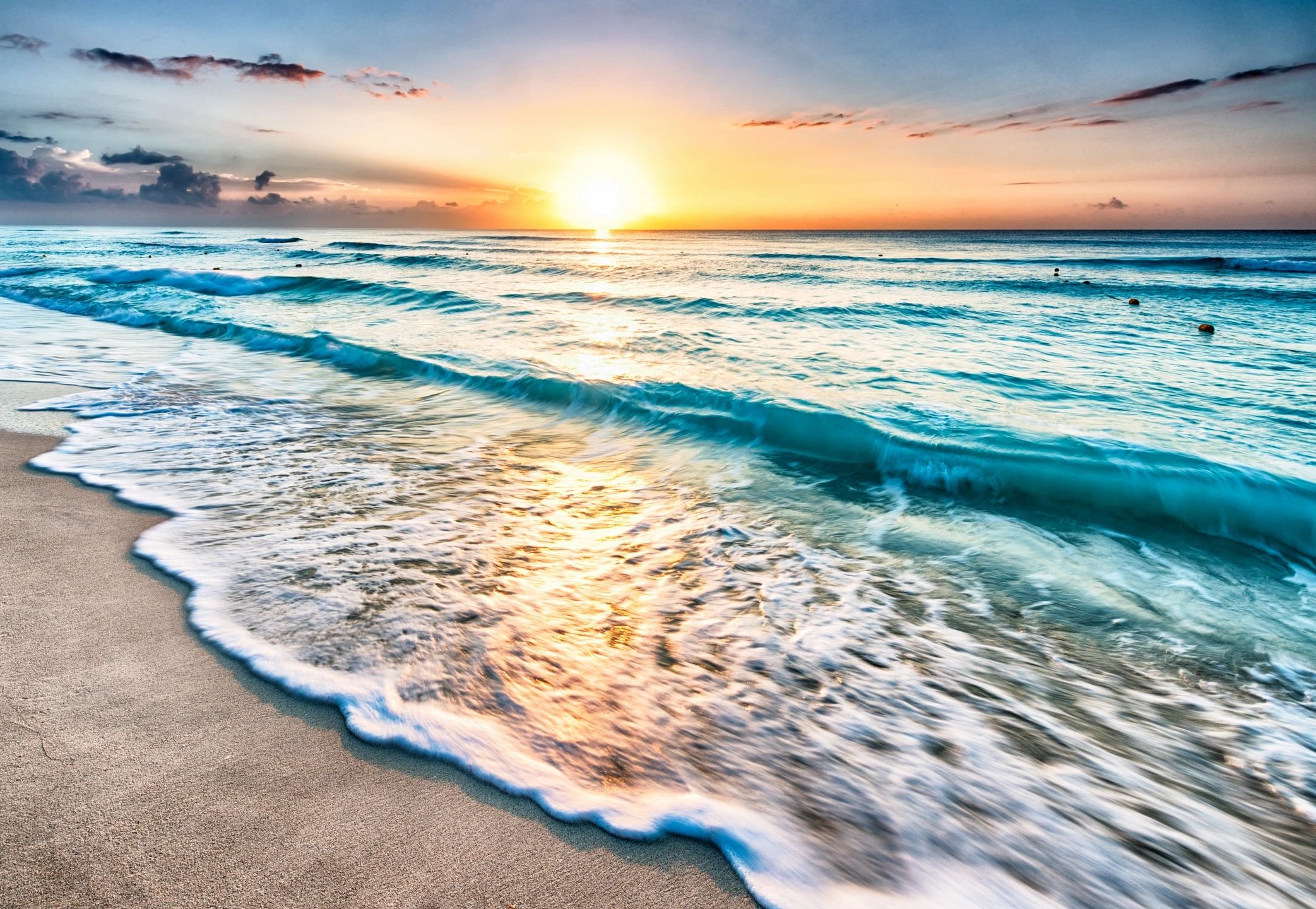 Water. Water was scarce in Southern California. Not that we acted like it was. My father spared no expense watering the lawns on our little half acre, the El Colono Viejo, an original California ranch home that had been the home of the orange orchard rancher before my parents moved there in 1957. I was born that December 6 on Saint Nicholas Day. We lived near the San Gabriel River. I remember that river as mostly a dry river bed with a small stream of water flowing most of the year. Occasionally during a rainstorm it would swell its banks and remind us why it was called a river, but most of the year it just seemed like a creek with a very large creek bed.  In those early years the banks of the river were lined with stands of bamboo trees and it still had the feel of a wild river. But it was more of a riverbed than a river. If we wanted to see water we would drive to Balboa in Newport beach to spend an afternoon with our Seaborg cousins. After they moved, Huntington Beach was closer. I remember the vast sandy beaches and the seemingly endless expanse of the Pacific Ocean. In the 1960s, the air pollution was so bad that it was hard to see Catalina Island from Huntington Beach. The conditions had to be just right. I learned to body surf in San Clemente at the Shorecliffs Beach Club by my Aunt and Uncle’s home. Despite terrible sunburns and routinely being pounded by the waves into the sand, those days were glorious. But the highway was close and fellow beach goers were always in view.

My first experiences face-to-face with the Pacific Ocean and no one else around occurred in Mexico on frequent weekend trips and weeklong vacations as a teenager. One time we stayed at our Villa Italiana trailer for three weeks straight. That may have been the only true vacation of my life, the kind where you lose track of days and time and a new life begins in another place.

Ever since my youth, especially when I spent those lazy days combing the beaches of Playa de Rosarito in Baja California Mexico, I have been drawn to the beauty, power and essential force that is water. My parents and I spent those weekends and vacations in our Airstream-style trailer, it was actually an El Rey, at the Villa Italiana as often as we could. It would take us about 3 hours to drive from our home in Downey, California,  a suburb of Los Angeles. Friday nights when we arrived after the long drive, we would usually treat ourselves to a pepperoni pizza and real Mexican Coca-Colas at the Villa Italiana Ristorante. The chef and proprietor was a delightful man trained at an Italian culinary school. He owned and managed the whole trailer park. The trailer spaces were all rentals but were gradually being transformed into small cottages built by his crew. Villa Italiana is six miles south of Rosarito Beach on Highway 1. On Saturday mornings, I would rush down the cliffs onto the sandy beach, stake my towel in the sand and assess the day. In the height of summer, there might have been 20 people on the beach. In the offseason, it was not uncommon for me to be the only person on the sand. Our neighbors, Mr. and Mrs. Bob White, lived at Villa Italiana year round. They had retired from careers in Massachussets. Occasionally Mrs. White would be the only other person in sight, usually standing at the tide pools and casting her fishing pole into the sea. Once she had caught their fish for the day, she would head back to her trailer. It was usually then that I would go back and grab my fishing pole and try my hand at catching some sea creature. Dad usually joined me, which was good, because I had no sense for fishing. It was something to do that kept me in proximity to the rhythm of the waves. Eventually, I might get a little body surfing in, which I was only allowed to do if one of my parents were on the shore watching. Breaking those rules would lead to a long and unwanted lecture.

It seemed to me my father was afraid of everything and saw disaster lurking around every corner. When I was body surfing, he was terrified of rip tides. When I was walking the tide pools he was terrified that I would break an ankle or scrape a leg. When I was fishing, he worried about catching poisonous Sculpin fish. And I did once. We were going to release it back to the sea, but Mrs. White was there and said she knew how to cook it and get the good meat from it. So we released it to her bucket instead. I was never stung by a jellyfish, but every weekend I could count on my Dad talking about the danger. I used to catch crabs in the tide pools by putting a stick near them. They would grab on and I would lift them up and into my bucket. The angry crabs never knew enough to let go of the stick. This would trigger my Dad’s warning about seafood poisoning and a reminder about months without an R. Sadly, my Dad couldn’t really look at a Mexican without seeing a bandito. Lunch was usually comprised of a tuna sandwich made with Star Kist tuna or Peanut Butter and Jelly if I was in that kind of mood. This was considered safe. We drank powdered milk. We always carried several five gallon jugs of water in the car with us. Always more than we needed. Dad was afraid of the water in Mexico but he was also afraid of dying of thirst. After all, it was a desert. Mr. and Mrs. White insisted that the water was safe to drink. They had been drinking it for two years and never had a problem. Dad never let us test the premise. If it rained, Dad feared a hurricane.

In the afternoon, adventure called. I would finally convince my parents to go on a hike down the coast. After some months, I earned the right to take the hike by myself. The land just south of Villa Italiana was completely undeveloped as it is to this day. Walking along the cliffs above the pristine Pacific Ocean there was dusty desert to the east and the wide windy Pacific ocean to the west. After a few minutes we would come to the first sea cave. The ocean would pound relentlessly with waves that came and crashed under the land in a large cave. From the right spot at the mouth of the cave you could see the waves pounding against the rock at high tide on the back wall of the cave, slowly carving further and further inland over thousands, even millions of years. A bit further to the south led to another even larger double sea cave with a land arch out to a tiny rock. It was like my own personal wonder of the world. Untouched heaven on earth. Blue-green waters and white foamy waves kept time with the beat of nature. An endless flow in and out. Crashing waves sending sea spray skyward. A few seagulls surveyed the scene for a possible meal and countless fish swam below in the waters as starfish, crabs, sea urchins and eels delighted in the rocky wetness. Even on days when the sun burnt the desert mercilessly, the ocean spray offered cool relief. We never traveled much further south. We learned that this was the spot. Rarely did I see another person on those walks. It was just me and the sea. The sound of the waves ebbing and flowing was like a simple symphony, building to a crescendo and then wandering back to a momentary quiet before building again.

If we had kept walking south another five minutes we would have come to the 51 acres of land along a 2000 foot stretch of coast where twenty years later, Baja Studios was built for the filming of James Cameron’s Titanic. Numerous large sets have been built on the studios since. But that much larger stretch in between Villa Italiana and Baja Studios is still untouched and perfect.

Standing on the cliffs overlooking the sea caves provided moments that begged for prayer. The beautiful display of God’s nature, fully alive and ever changing called for communion with the divine creator and the divine creation. For me, God dwelt in those moments.

Standing on the cliffs was nothing like bodysurfing. When bodysurfing, you were in the waves. The ocean took control, the salty wet water was cool and refreshing and fully engaging. There was no time for contemplation. Taming a wave long enough to get a decent ride meant full attention was being paid to the wave. Pure joy ensued when the ride ended with a soft landing. A harsh tumble would remind me of how little control I had. Standing on the cliffs provided a different perspective.

Standing on the cliffs as the waves plowed forward to the caves allowed me to see the waves from above. The mist on my face was a reminder of the feel of the water, but it was now more of an observation of water. There was no struggle, no attempt to control. You could ride the waves with your eyes. After 20 minutes, you had a sense of whether the tide was ebbing or flowing. The waves came in sets and their pattern began to be something you could anticipate. You could see the distant swells and know that they would soon form another wave for you to see crashing below. You could follow it all the way in with your eyes. Like you knew it from the beginning, before it even knew it was a wave.

Praying on those cliffs was not optional. God was clearly present in those moments. Not God’s voice in human form, but God’s voice in nature. You prayed with eyes wide open. You were in the presence of one of God’s masterpieces. The tableau of the ocean was a vast enough canvas, but looking up to the sky the infinity of a universe of God’s masterpieces was imagined. It didn’t make you feel small, it made you feel loved. It was a world void of guilt, there was no need of forgiveness in a world of natural grace.

Praying on those cliffs was nothing like praying in church. Prayers in church conformed to expectations. They had a definite beginning, middle and end. The sea cliff prayers were vapid. Thoughts formed, came crashing in and then receded waiting for the next prayerful awareness to form. Words when present were only signposts of ineffable thought. Praying on those cliffs was a meditation on the sublime and an escape from the mundane and depraved world of everyday thought. The white noise of the waves drown out the business of thought. The ever changing details of the scene sponsored a renewal of awareness of an always changing inner self. Settling into the scene was an inward journey towards the connection between God and self. Lingering there was a time of liquid prayer: shapeless and flowing moments bounded by thoughts that presumed permanence but were witness of eternal transformation.